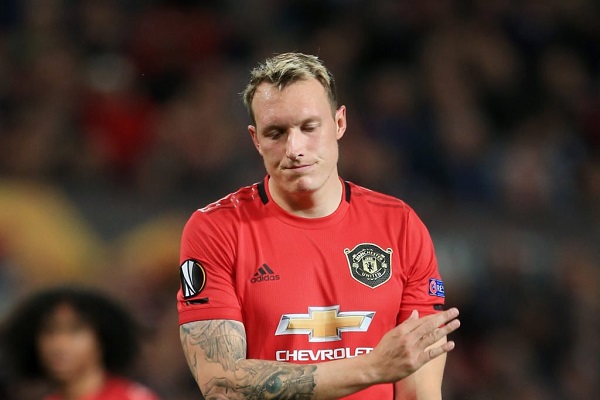 Phil Jones has revealed that Arsenal is one of the teams that wanted to sign him before he joined Manchester United from Blackburn in 2011.

The defender was one of the hottest English prospects at the time and several top English sides were looking to bring him to their side.

He claimed that Arsenal, Liverpool, and Everton also wanted to take him from Ewood Park, but he joined Manchester United instead after speaking to Sir Alex Ferguson.

He would go on to play briefly under Ferguson before the legendary manager resigned as the club’s manager but Jones hasn’t had the best of careers at Old Trafford.

He told MUTV: “He [Ferguson] was there for my first two years and he was the one who brought me from Blackburn – I’m forever grateful to him for doing that.

“I had offers from other clubs. I could have gone to a host of clubs: [Manchester] City, Chelsea, Liverpool, Arsenal and Everton. He was the last person I’d spoke to and I remember walking back out with my agent and saying:

Although Sir Alex Ferguson tipped him to go on and become one of the world’s best, Arsenal won’t think they missed out on signing a world-class defender.

He has been guilty of too many errors just like Shkodran Mustafi and he is currently struggling to get into the team under their current manager.