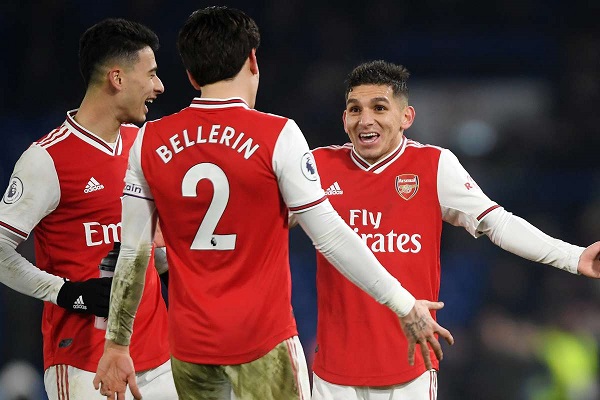 Arsenal draw against Chelsea feels as good as a win

The result against Chelsea last night was a massive one for Arsenal.

Obviously a win is better because of the points, however, in the context of the game getting a point was a remarkable achievement and for the players and most of the fans, the feeling after the game is that it was as good as a win.

Let’s get some perspective here. Chelsea is fourth, they were at home, they had a man advantage and twice they were in the lead and yet they still could not beat Arsenal.

Chelsea has been inconsistent this season but they remain an elite team in the Premier League, on their day they can beat almost any team and before the match they made it clear they were going to take their anger out on Arsenal.

You can only imagine how the Arsenal players were feeling after the red card and goal, I know I was expecting a terrible beating and I reckon that is what was going through the minds of the Chelsea players as well.

Under normal circumstances, most teams in this position would have crumbled, especially when Chelsea went 2-1 ahead but Arsenal fought to their very last breath, they literally left everything on the pitch such was their back to the wall performance.

Of course, there are issues that were evident in the game and of course, it was yet another draw but when you sit back and take on board the situation that unfolded and who the opponents were this is one of those games were a draw feels like a win.

Put it this way, I am 100% certain that the Chelsea fans felt like they lost last night, getting a point will not feel like any form of consolation to them.