The news about Arsenal’s finances just keeps getting worse with a recent revelation that the club’s value has plummeted by £150m.

The Gunners have been struggling financially for some time now and they have posted losses in their last financial year.

They have also asked their players to take pay cuts due to the impact of covid19.

Yet the recent survey of teams and their values sees the Gunners end as the 10th most valuable team after taking a significant financial hit.

Brand Finance Review did a ranking of the most valuable teams in the world, and their rankings revealed that the Gunners suffered an 18.8% loss in value.

This shouldn’t come as much surprise to the club’s fans as their team has failed to qualify for the Champions League for quite a while now, and they are even at risk of not playing in Europe next season.

Mikel Arteta has been doing a great job at the club and he will expect the team to back him in the transfer market now it is opened so that he can build on the small gains he has enjoyed with his squad this season.

The Gunners have an FA Cup final to play this weekend, and if they win it, they will be playing in the Europa League next season. 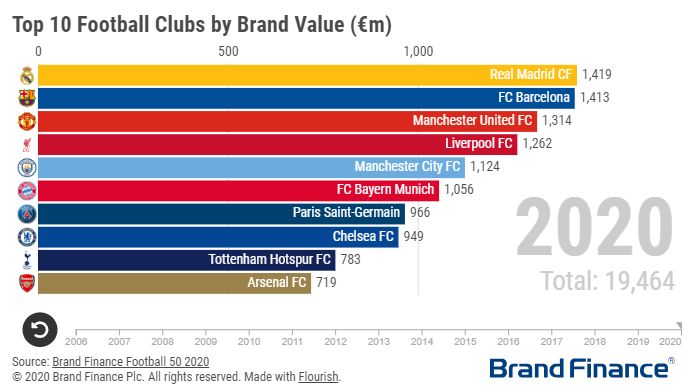