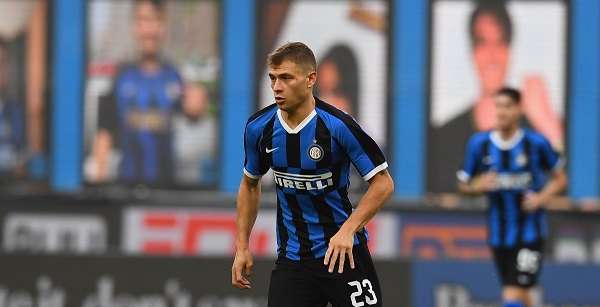 Arsenal enquire about Inter Milan man and gets instant response

Nicolo Barella is the subject of interest from Arsenal as the Gunners continue to bolster their squad.

The Italian midfielder is exciting to watch and he played a key role as Inter Milan won Serie A and for the Italian national team as they won Euro 2020 this month.

He is one of the most important players at Inter, but as they struggle financially, they could sell some of their stars.

Arsenal is shopping for an attacking midfielder and the Gunners have reportedly considered a move for him.

SportMediaset via Sempre Inter says Arsenal asked Inter about the possibility of buying him and they told the Gunners in clear terms that he isn’t for sale.

The 24-year-old has attracted the attention of other top European clubs with the report claiming that Liverpool and Manchester United have similarly seen offers for him turned down by Inter.

Arsenal has been attracted to Italian midfielders in this transfer window as they are also looking to sign Manuel Locatelli, but they have similarly failed in their pursuit of the Sassuolo man.

Locatelli looks set to join Juventus instead and Mikel Arteta may now turn his attention towards signing the likes of Houssem Aouar.