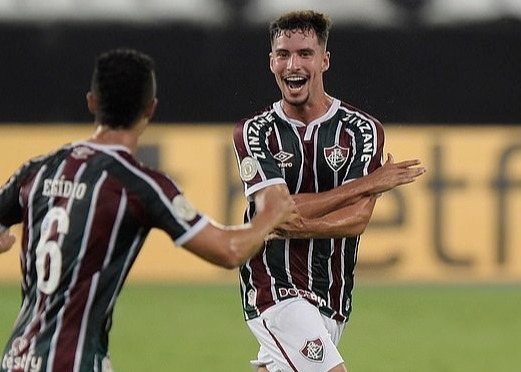 Arsenal eyeing a move for another impressive South American teenager

After enjoying an impressive start from Gabriel Martinelli, Arsenal is targeting a move for his name-sake, Matheus Martinelli.

The 19-year-old Fluminense teenager is one of the bright youngsters impressing in the Brazilian top flight.

He only made his debut last December, but his contribution of 3 goals in 11 games has impressed Arsenal’s scouts and those of other teams around the world.

The attacker is expected to become a global star in the next few years and Arsenal wants to bring him to Europe in the near future.

Martinelli currently has a release clause of £35m, according to Globo Esporte via Sun Sports.

This fee wouldn’t be too much for Arsenal to pay, but the Gunners will only move for him if they cannot keep Martin Odegaard, the report says.

The Norwegian has been on loan at the Emirates since January and the Gunners remain keen on making his transfer permanent.

However, his current deal doesn’t have the option of a permanent transfer or another loan deal.

If Arsenal fails to keep him, they will turn to Martinelli.

The form of the Martinelli on their books now should give their fans confidence that Matheus could also be a success at the Emirates.