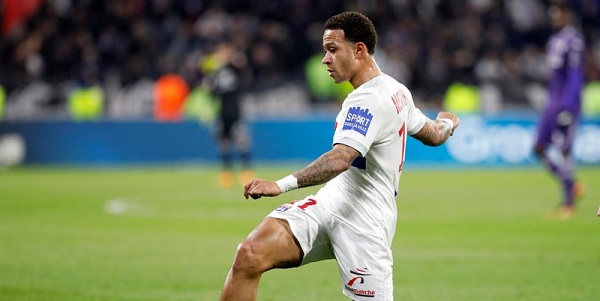 Arsenal are eyeing a move to sign Memphis Depay from Lyon this summer, as a potential replacement for Pierre-Emerick Aubameyang or Alexandre Lacazette.

The Gabon international’s future has been up in the air for much of the season, and with no contract yet to have been agreed, we may well be forced to sell with less than a year on his contract, in fear of losing him for nothing next summer.

Lacazette on the other hand has been in-and-out of the first-team for much of the campaign, and with him only having two years left on his respective deal, we could well look to cash-in while he still retains a decent value.

Le10Sport believes that Arsenal coach Mikel Arteta is eyeing Memphis Depay as an option should we lose one of the above, and his record this season is exciting to say the least.

Depay has a better goals-per-minute ratio this term than Aubameyang, albeit in the French Ligue 1, but the bad news is that he has been injured.

While Memphis is believed to have recovered and returned to training recently, an ACL injury is one that can repeat on players, but with only one season remaining on his current contract, he could well become available rather cheaply.

There is also the risk that with him having failed to make the cut at Manchester United previously, that the English top division may not be for Depay, but my personal thinking is that he made that move a little early in his career, and looks a much more complete player now at the age of 26.

Would Depay be a risky option given his injury? Or would his likely low asking price counter-act the usually risk involved?

Arsenal linked with a move for forward that failed to make the grade at Man Utd
2 July 2020, 3:14