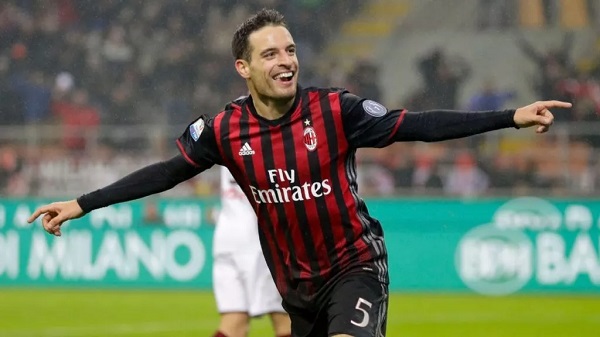 AC Milan midfielder Giacomo Bonaventura could be heading to Torino despite interest from Arsenal, according to reports coming out of Italy via TuttoMercatoWeb.

The Gunners have been linked with a move for the playmaker who is set to be released by Milan when his contract expires in the summer.

He has attracted the interest of some of Europe’s top sides including Arsenal, who will focus on bargain signings and free agents in the summer.

Mikel Arteta would like an overhaul of his team, however, because of limited resources, he may have to make do with the free agency market.

There are several top players who would be free agents in the summer and Bonaventura is one of them.

Arsenal is also prepared to sell some players that have failed to impress Arteta so far, and one such player is Lucas Torreira claims the same report.

Bonaventura who has spent much of the last decade on the books of Milan could be a decent replacement for the Uruguayan.

TuttoMercatoWeb further claims that Torino is very keen to sign him and the Italians hope that the lure of remaining in his home country would help them land him ahead of Arsenal.

Arteta is also targeting a move for Willian and Dries Mertens. These players are not just talented but also experienced as Arteta wants a dressing room with the right balance.