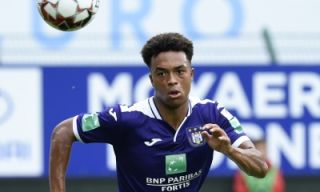 Arsenal failed to sign the next ‘Kompany’ as confirmed by parent

Killian Sardella‘s father has revealed that Arsenal failed in a bid to sign his son, who can be described as the next Vincent Kompany.

The defender is currently plying his trade with Anderlecht, where he has picked up 20 league outings for the senior side, despite only turning 18 in May 2020.

Sardella has picked up the vast majority of his senior appearances filling in at either left-back or right-back, but is tipped to make the move into a central role, a role he occupied in the youth sides.

The player’s father Dino Sardella has now revealed that Arsenal tried to land the youngster two years ago, with a view to turning him into a defensive midfielder, but the move didn’t materialise.

“Two years ago, Arsenal wanted to take him but it was to make him a defensive midfielder. The English club considered him too small to play behind [in the defence],” he told DHNet (as translated by SportWitness).

“At Anderlecht, it was never a problem. He has a big jump. It’s in the genes, thanks to my background as a volleyball player. (laughs) Killian is also starting to build up a lot of muscles, that helps too.”

He added that while is enjoying his first-team role at full-back, he still sees himself as a more central defender.

“He had learned to appreciate the fullback position, but he still had a lot to learn. He was not as liberated as in the middle,” Dino explained

“In the youth, he was often compared to Kompany because he was so comfortable with the ball at his feet. A delegate who had Kompany and then Killian would tell me every time: ‘I think I’ll see Vincent again!’ The technical qualities are there.”

Will Arsenal regret not seeing the youngsters potential as a defender?