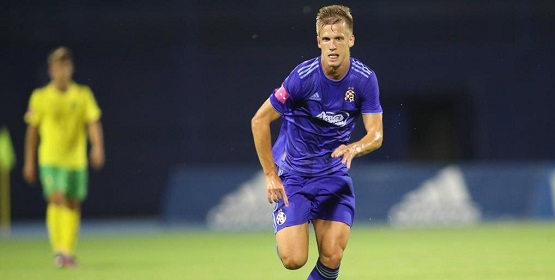 Arsenal are looking towards Croatia for their next potential signing but according to the latest reports they are behind Manchester United in the race to sign Dinamo Zagreb star Dani Olmo.

United have apparently already tabled a £36m bid for the Spanish midfielder which has put them ahead of both Arsenal and Liverpool.

Olmo started off at the Barcelona youth academy before signing for Zagreb back in 2015 and has progressed each campaign culminating in 12 goals and 9 assists last season.

He featured for the Spanish under-21 in the recent European Championship and scored the winner against Germany in the final at the weekend.

The English trio are not the only clubs interested in the 21-year-old, Bayern Munich, PSG, Borussia Dortmund and Inter Milan are also said to be very keen.

Olmo is clearly highly talented with so many elite clubs interested in signing him and his time in Croatia is coming to an end if the reports are to be believed.

It is no surprise that United have tabled a bid first, they are in a rush it seems but that does not mean that we will not be able to beat them to the youngsters signature.

We have been looking to strengthen the centre of midfield ever since Aaron Ramsey departed and while Olmo may be a bit young he has already proven how good he is.

NEXT- Will Arsenal ever meet the asking price for Zaha?

But as usual, it will come down to money but if we are able to table £40 Million for Wilfried Zaha and £50 Million for Harry Maguire then you have to think that in the event we do not land either of those players then there will be enough money to make a move for Olmo.

He certainly looks to be worth the money.