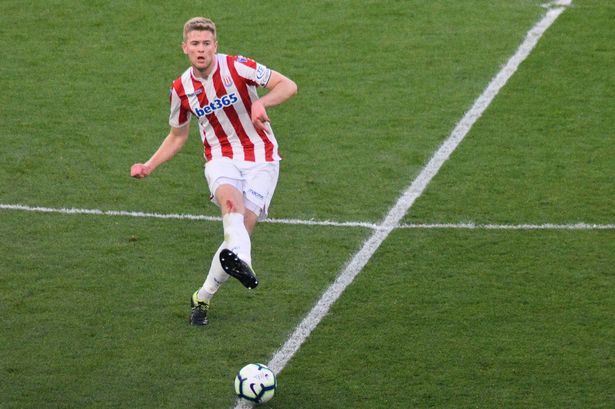 Arsenal is set to miss out on the signing of Stoke City defender Nathan Collins after Burnley tabled a bid that the Potters may well accept.

Arsenal is one of several top teams who have been targeting a move for the 20-year-old.

The powerfully built defender is one of the best youngsters in England’s second-tier and Stoke has tried their best to keep hold of him.

Burnley remains convinced that he is ready to make the step up to the Premier League and they are insisting on signing him.

The Sun reports that they have tabled an improved bid of around £12m for his signature.

This offer is set to be accepted unless a better one comes in for his signature.

The report says Manchester United and Chelsea are two other top teams who have been tracking him.

Arsenal remains one of the best places for youngsters to develop and they are probably a better club for Collins to join at this stage of his development.

However, they will have to put in an acceptable offer for his signature for that to happen.

The Gunners have lost David Luiz, but they will welcome back William Saliba from his loan spell at Nice and he would be keen to become an Arsenal regular.