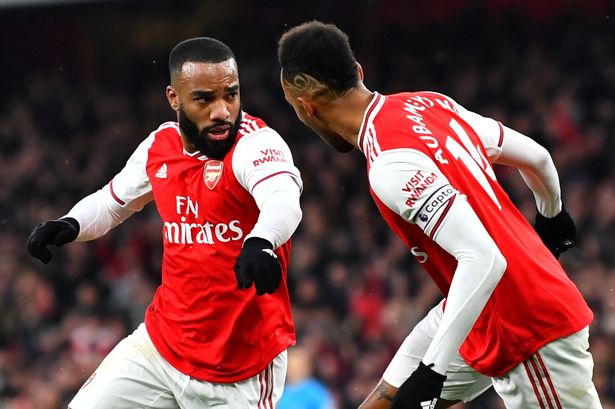 There’s a lot of hype about Manchester United wonderkid Mason Greenwood this season, and while he’s undoubtedly a top talent, some perspective is needed.

Unfortunately, when it comes to chasing likes and retweets on Twitter, perspective is often hard to find.

Aubameyang has made 3 appearances, Greenwood is up to 10. Cherry-picking players for your stats is one thing, but that is another level.

By the way, Greenwood scored the fourth goal against 20th-placed Norwich and the sixth goal (a penalty) against League One Tranmere Rovers. https://t.co/ZmAbDqdqfE

Dave had attempted to make Arsenal front-men Pierre-Emerick Aubameyang and Alexandre Lacazette look a bit silly by comparing their goals in 2020 so far (the year is barely a month old, mate) to those of Greenwood.

As rightly pointed out by Critchlow, Greenwood has played more games than Aubameyang, who’s only just come back from suspension, and his goals include the fourth against bottom-of-the-table Norwich City and the sixth against League One side Tranmere Rovers.

For an 18-year-old, he’s doing very well, but let’s not pretend he’s in elite company just yet.

Besides, he’s also level on goals for the season – and in 2020 – with another very talented 18-year-old in the form of Arsenal’s Gabriel Martinelli – a player who surely deserves the kind of hype Greenwood’s been getting.