Gary Neville has claimed that the owners of the big clubs aren’t communicating enough with their fans including Arsenal’s Stan Kroenke.

The club was the subject of a public takeover attempt last season, which raised questions about the direction the club was headed, and Daniel Ek is still believed to be eyeing the ownership at present.

Following the recent takeover of Newcastle United, further spotlight has shone on the current ownership, and Neville insists that they have to work better to communicate better with their fanbases.

“I always feel with these big clubs,” said Neville. “A lot of these big clubs now, there isn’t enough communication from the ownership to the fans at all.

“So, actually, they are left to wonder sometimes. What the project is? What the real long-term plan is? I feel that’s really poor. I think that there isn’t that direction sort of publicly you get from Arsenal.

“Kroenke, I have never heard from him. I just feel that is something fans are searching and wanting more, and they’re not getting it. It’s disappointing.”

Kroenke did mention shortly after the takeover attempt that he was going to make further communications with the fans, and I recall one segment in a the first matchday programme of the season, but much of it was vague and didn’t explain very much, but it was something.

I don’t imagine it would be too easy to openly discuss the thinking of what goes on behind the scenes, but what is certain is that the fans would like to hear more from their owners, that much we can agree with Neville. 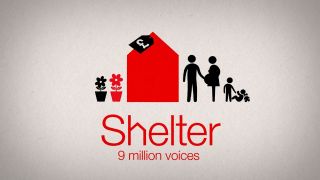