Make what you will of this tweet below from the Spain international, who has been with us this season but whose long-term future remains in some doubt… 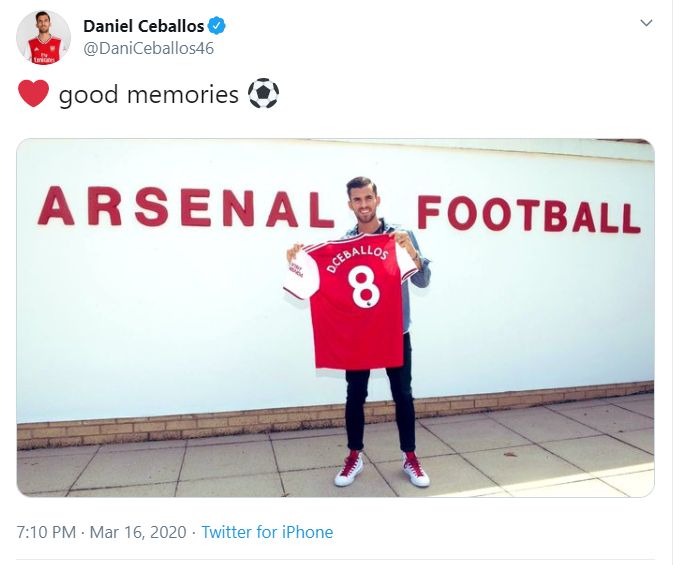 Now, this might just be an innocent enough tweet remembering the time he was unveiled with his Arsenal shirt, but that’s not how a lot of fans on Twitter are taking it.

Given how unclear it is whether or not Ceballos will stay with us, it perhaps makes sense that many are now assuming we will not be taking up the option to keep him permanently.

Ceballos has perhaps not had the impact many would have hoped, though injuries have not helped him and he had started to look impressive once again after recently returning to the first-team fold.

Whatever the right choice is, it seems many have made up their mind that Ceballos is hinting his time at Arsenal will end up simply being a memory…

Gracias Dani, very unfortunate we did not get to see more of you under Mikel. Finally we were starting to get some balance with you in the team. Best of luck wherever you go.

We ain’t ever seeing you again are we? pic.twitter.com/UI2wXalZl9

Is this a goodbye?

What does that mean? Goodbye?

Arsenal linked with move to sign out of favour former midfielder
31 October 2021, 14:02