Arsenal fans should be postive, but is Spurs clash key to Top Four?

Is Top Four Arsenal’s to lose?

As hard as it is to get carried away with the wins and the poor form of other teams around us, sometimes positivity is the way forward.

I say this because many people, including myself, have always tried to remain grounded and not get too happy where Arsenal is concerned, especially when things are going well, because we know how quick that can change.

However maybe just maybe it seems as though the tide is turning and our luck is coming through. (So far so good let’s not jinx it now!)

Yet when you look at our run of fixtures, although they will prove tough, you would hope rather than expect that we can claim some form of maximum points from each game, barring a demise of course.

All games are tough there is no doubt about that, however if we want to continue building in the best way possible then we have to ensure we can beat the very best week in week out.

Top four no doubt is in our sights and yes we do not want to get carried away, but if you look at it, we have played three games less than both Manchester United and West Ham who sit in fourth and fifth and two games less than Chelsea who sit in third and there is only eight points between us and them in third place.

Yes it can be argued that we will be playing Chelsea and Tottenham for two of our games in hand but what is to say we cannot win those? 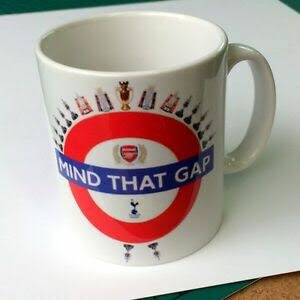 Tottenham currently sit in eighth with three games in hand as well but are three points behind us, so yes, among some of those games that final North London derby will be key.

This league is unpredictable, each week is unpredictable and literally any team can beat each other. And although we still have to play both United and West Ham, with just 15 games to go it can be said that we are in the best positon and that it is ours to lose.

But we also know we have the potential to claim all if not some of those points and put ourselves in the best position possible.

So maybe just maybe we can begin to feel a little optimistic about the future but as always let’s not get too far ahead of ourselves, but let’s also be allowed to smile and not feel like we are at rock bottom!

After all if we don’t have high expectations and we come out as winners, the victory tastes even sweeter doesn’t it!