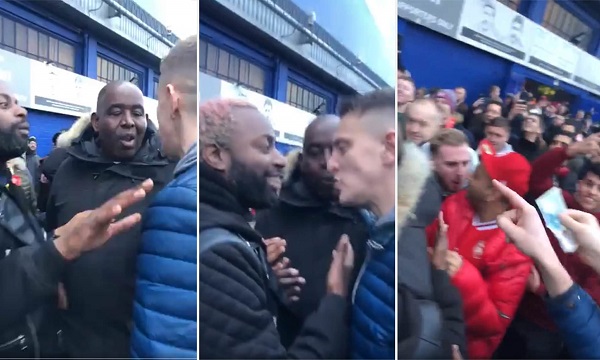 The notorious AFTV attracts yet more controversy following a confrontation at Everton this afternoon.

No matter how much they defend themselves AFTV continues to attract controversy, this time from fellow Arsenal fans.

Whatever you think of Robbie and AFTV it's really sad to see this. Fans turning on each other. Removing their anger on Robbie when it should be directed towards Kroenke, the reason we are in this shambles. pic.twitter.com/n5MDps4Izr

Obviously AFTV owner Robbie Lyle has come out and condemned the Arsenal fans chanting to him to get out of our club by calling them thugs.

Seems that anyone that criticises the mass media outlet will be turned on fiercely, no doubt these Arsenal fans that exercised their right to free speech will be furiously attacked all week by the AFTV contributors.

AFTV can only defend themselves for so long until their brand is forever stained. They have brought this sort of behaviour and criticism on themselves with their own antics.

Anyone doing a youtube search on AFTV rants will get a taste of what has made the channel so unpalatable to so many.

Lyle cannot just blame the media of being jealous when it is current and former Arsenal players deriding the channel and now fellow fans.

If you develop a certain style, like vicious swearing and veins bulging then you can hardly complain when that same venom is directed right back at you.

But of course, the fans that complain are thugs and the mainstream media is jealous and AFTV is the golden example we should all applaud and praise.