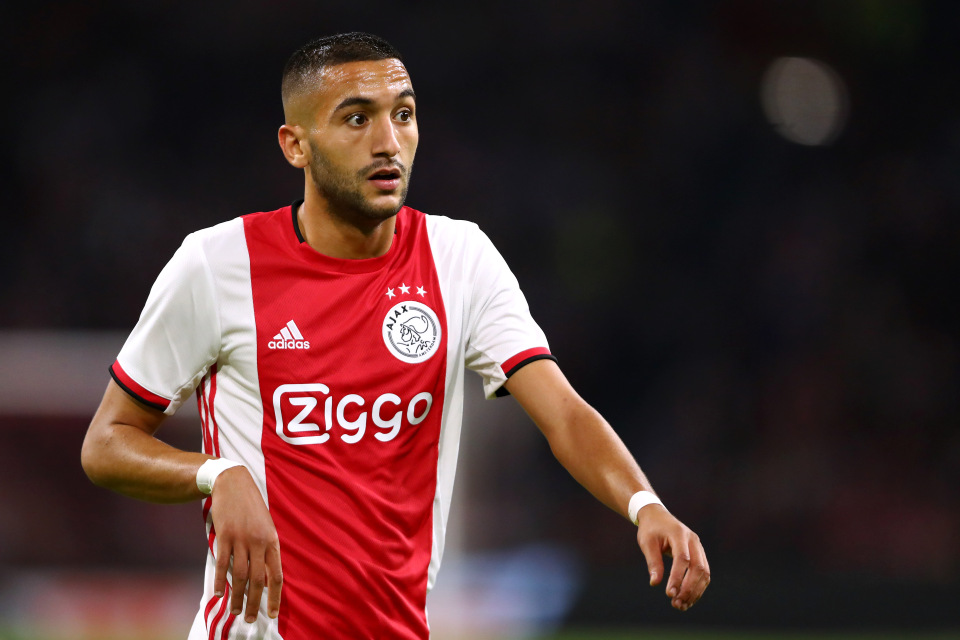 Hakim Ziyech transfer news has some Arsenal fans in a panic.

It looks like loads of Arsenal fans are desperate to see the club make a late bid to hijack what looks a likely deal taking Ajax star Hakim Ziyech to Chelsea.

Reliable Dutch outlet De Telegraaf claim Chelsea and Ajax have a verbal agreement on a deal for the talented Morocco international, who has set the Eredivisie and Champions League alight in recent times.

We recently named Ziyech as a player who could be ideal to replace Mesut Ozil at the Emirates Stadium, while he’s previously been linked as a target for us by the Express, and it does seem a shame that Chelsea have been able to get in ahead of us on what looks an affordable deal at just €45million, according to De Telegraaf.

It may not be too late, though, with loads of Arsenal fans taking to Twitter urging the club to step up their efforts and hijack this move late on.

We’re not exactly optimistic this will be possible now, but here’s how fans are reacting to the big transfer news of the day…

Arsenal need to hijack Hakim Ziyech from going Chelsea quickly, he’s got all the qualities of Ozil, isn’t proven in the prem but he will be in time 🔥 #afc