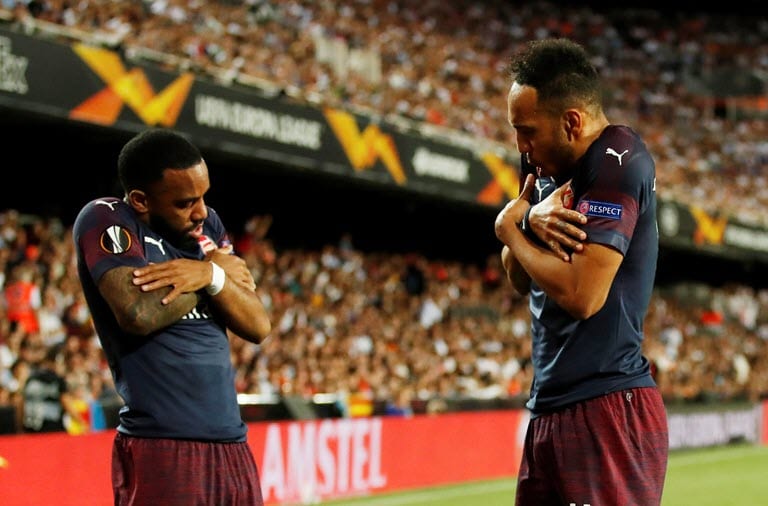 The draw for the UEFA Europa League is currently taking place in Nyon in Switzerland, and Arsenal’s new opponents for March have been confirmed.

The Gunners assured their place in the draw thanks to some heroics yesterday, needing two late goals in the final 30 minutes of play to deny Benfica, which they did.

Aubameyang gets much of the credit for his two goals, but it was the amazing ability and vision shown by Bukayo Saka which created both of those two goals, and I can’t get over that fact.

We now join our rivals with a clean slate just like the rest of the teams, and now have just four more opponents to overcome to become Europa League champions.

There was no restrictions to which teams could face each other for the first time in this year’s edition, meaning that clubs could face a team they already had from their groups, or play against teams from their own nation also, which added extra excitement to the draw, especially with the potential of a North London derby being possible.

Arsenal’s win over Benfica got a special mention in the build up with Aubameyang’s late goal getting a mention, along with Molde’s impressive performance to eliminate Hoffenheim in the same stage, and Olympiacos’s late winner to send PSV out at the round of 32 was also amongst those highlighted.

It wasn’t the longest draw, especially without the club’s delegations being allowed to be present due to the current world climate, while Hakan Yakin was given the task of helping out with the draw.

Draw in full: (as drawn so far)

The teams drawn on the left will play the first leg at home on March 11, with the concluding leg on March 18.

Are you happy with our new opponents?