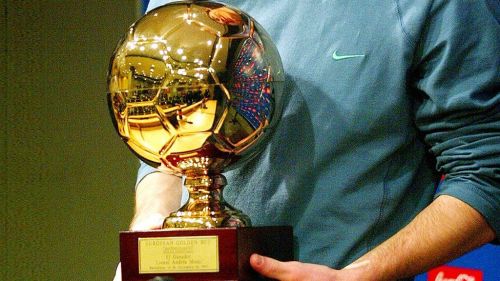 The shortlist for the 2020 Golden Boy Award has been announced, with as many as four Arsenal youngsters in the running for the prestigious title.

The shortlist consists of all the best players under the age of 21 who is playing within Europe, as voted for by a host of journalists across the continent including those from the United Kingdom, Spain, France and Germany.

Amongst the initial 100 candidates as named in TuttoSport, Arsenal have four of those nominated for the shortlist, with one surprise entry. Young Trae Coyle has made the initial top 100, despite the fact that he is yet to make his senior debut for the club, but it is refreshing to see his potential being recognised.

Coyle is joined by Bukayo Saka and Gabriel Martinelli, who have both been astonishing in the Gunners first-team throughout the season, with the latter having only made the jump from the Brazilian fourth tier back in August.

William Saliba completes our quartet having emerged as one of the highest rated up-and-coming defenders across the globe, although he is yet to make his debut for us having been allowed to stay with his former club St Etienne on loan this term.

Arsenal are no strangers to the award however, with Cesc Fabregas having previously picked up the award in 2006 when he was still 19 years-old, while Raheem Sterling and Athony Martial rank as the Premier League’s most recent winners in 2014 and 2015 respectively.

While Saka and Martinelli most likely rank as our brightest young stars, they may struggle to depose the likes of Jadon Sancho and Erling Håland who look likely to be amongst the favourites for the award at present, with Bayern’s Alphonso Davies also in with a shout.

The award usually takes into account two halves of league campaigns in order to make their decisions, and we will likely see a revised list as they whittle down the entries over the coming months.

Who is Arsenal’s best shot at winning the award? Would it be outrageous to think that we could have two of the three favourites to win next year’s award?