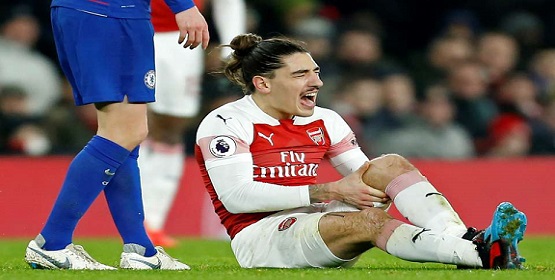 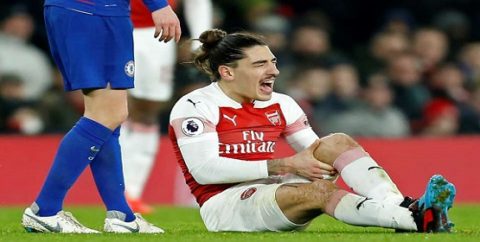 Today, has has rated our right-backs.

An unfortunate season for the Spaniard after such a good start where he appeared to have made massive leaps in his game under the new regime and with the fresh competition from Stephan Lichtsteiner early on. Bellerin’s initial steep and meteoric rise into the Arsenal first team ascended him into the elite young full-back bracket, but his development stagnated somewhat in the latter years of Wenger’s regime. However, Unai Emery and Lichtsteiner came in and appeared to give him a new lease of life, revitalising his previous form. He showed in the early part of the season that he is an excellent defender, improving both positionally and in one on one defensive situations, as well as massively improving in the final third, registering one more assist than last season despite playing significantly fewer games. This was all brought to an abrupt end after the full-back sustained a serious injury in mid January. Let’s pray that this injury does not effect the progress he was making. ?VERDICT: 7️⃣ –

A player that came in expecting to be a solid back up to Bellerin, who would help push him and improve him, as well as providing leadership and experience to a side with a weak mentality. Unfortunately, he only really appeared to provide two of these things. On the pitch, mainly when he was drafted into games of a higher magnitude, he was often a defensive liability, looking way out of his depth with the pace and intensity of the English game at his fragile age, as well as making positional mistakes time and time again that often cost us. However, there’s no doubt that he did push Bellerin to improve his game in the early weeks of the season, with the Spaniard coming out and saying this himself, and did provide some mental solidity in the dressing room in difficult periods of the season. Despite this, Lichtsteiner was ultimately a disappointing acquisition, but not one we’re going to lose sleep over, having come as a 34 year-old as a free on a 1-year deal. ? VERDICT: 3️⃣ –

Another season of gradual progress; another season playing in a position he doesn’t see as his long-term one. Maitland-Niles was merely a bit part player in the first half of the season, filling in where needed, featuring in the Europa League and League cup regularly, and being a useful utility player. However, the injury to Hector Bellerin in mid-January opened the right-back or wing back position up to the Englishman, with the underwhelming Lichtsteiner and Jenkinson giving him the opportunity to consolidate his place in the side here. He took this opportunity, flourishing at times as part of a back 5, while still looking relatively inconsistent and raw, as you’d expect from a young player. Another season of consolidation of his place in the first team, but he will look to develop and get more minutes either out wide further up the pitch or centrally, otherwise he faces the danger of always being a utility player. ? VERDICT: 7️⃣ –

Another season very much on the peripheral of the side. I considered whether I should even do a Jenkinson season review which almost tells you everything you need to know. Initially drafted in to the League Cup early rounds and then Europa League group stage games due to a severe lack of options, Jenkinson put in decent and relatively solid defensive performances against low quality opposition, showing he is a capable player at a certain level. However, once he started getting a few League run-outs his one-dimensional nature was emphasised and he looked quite out of his depth, reinforcing our desperate need to move the full-back on this summer. He must’ve played his last game for the club. ?VERDICT: 5️⃣ –