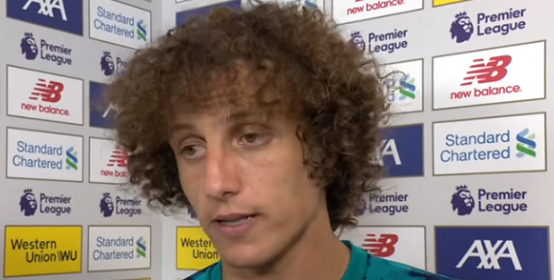 Arsenal get the points despite another terrible performance

Good 3 points, but performances continue to be poor by Konstantin Mitov

Hello lovely Arsenal people! We are 1 point away from Man City. How about that hey? Well again, it’s easy to make false conclusions by looking at things only from a certain perspective. I thought we actually started the game well. The first 20 minutes, I thought it might be a good old boring game where we just win and it’s all good.

I like boring wins, but we made it difficult again. We had 2 shots on target against Bournemouth at home and one was from the corner which Luiz brilliantly scored. But do not mistake boring wins with boring performances. Bournemouth were really poor. In the first half they barely pressed us. I was amazed how easy it was for us to control the game, yet we didn’t really make much of it.

I just think how Liverpool would destroy a team that sets up so negatively at Anfield. I remember times when we were destroying teams like Bournemouth scoring 4-5 goals. Now we’re barely winning games. Take into account, we do not yet have a victory by more than 1 goal in the league.

We didn’t create much and yet Ozil is not in the squad. It’s getting personal here between the coach and the player in my opinion, but when I look how Aubameyang had zero service, it’s hard not to ask questions. I was much more excited watching the Europa League on Thursday.

I see a lot of people not happy with Emery, despite all the hates I get in the comments for wanting Arsenal to play good football, because sooner or later we’ll be caught out for not being good enough. We lack style, but I don’t think we lack quality.

Emery wants to play with full backs, then why aren’t we playing Tierny? Kolasinac was depressing again! That guy is not interested in defending and he is now poor going forward too. Why aren’t we playing Bellerin? Why are we resting Holding? Our best defenders are on the bench.

I thought our best player was Chambers, somebody who was shunted out, but he’s started the only 2 clean sheets we have in the league and he’s not a natural RB. He made some pretty important clearances and the other player who stood out for me was Guendouzi again!

Why do the youngsters play with more desire and passion than the senior guys? Lacca and Auba are the only senior players who actually carry the team. Why are we playing Xhaka? Apart from silly mistakes and sideway passes I don’t see the benefit of our captain.

I am happy with the points and the international break is something we need, because I hope that after it we will be playing our best players. Speaking of that, Pepe looks like a player who could use the break too. I think the price tag hurts him. He sometimes tries to impress too hard, and I think he should be patient and try his best, and it will work for him.

At the end of the day football is about results and we simply MUST finish in the top 4. I just don’t think Emery is taking the best out of a squad which is more than capable of making the top 4. We have 3 top class forward players and we barely beat teams by one goal. True Lacca is out, but I don’t want excuses.

Either the performances get better, or Emery leaves. This is what I’d do if it depended on me at least.