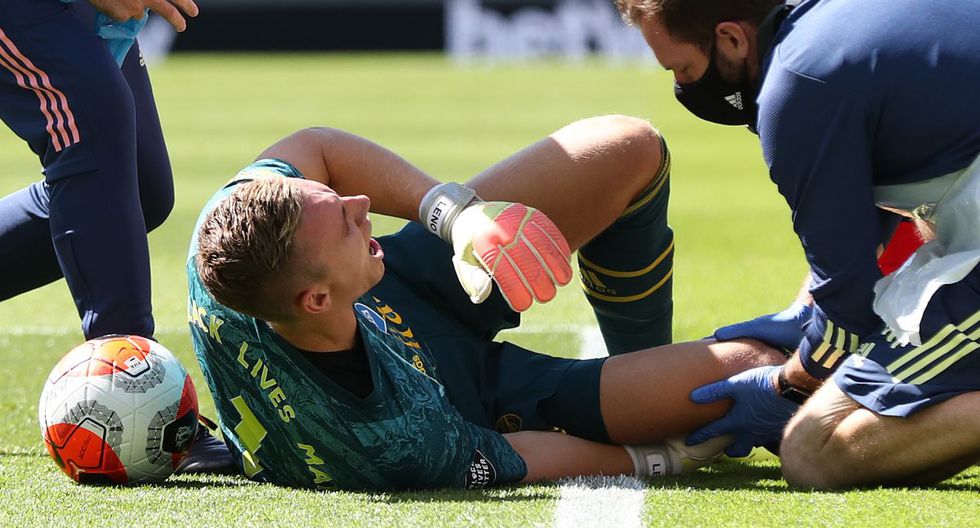 Arsenal gets some positive on the injury front

Arsenal’s Bernd Leno suffered an injury in the first half of the game against Brighton, and the German looked to have suffered a season-ending injury.

He looked in a lot of pain as he was stretchered off the field, but there is now some positive news for Arsenal as the injury doesn’t appear to be as bad as first feared.

The club has now confirmed that he might be back in action in as little as the next four weeks.

The club, via their website, said of Leno’s injury: “Right knee. Positive news after detailed assessments. Sustained moderate ligament sprain during Brighton & Hove (a) on Saturday. Aiming to return to full training in four to six weeks.”

This will come as a major boost for Mikel Arteta, as he was already being linked with getting a new goalie to start next season with if Leno had been out for up to a year.

The German isn’t the only member of the Arsenal team to be injured since the restart as they have also lost the likes of Pablo Mari and Granit Xhaka to injuries.

The same injury report also revealed that Xhaka might return to action before the end of this season as his injury isn’t as bad as first thought. But Mari’s injury looks to have ended his season at Arsenal.

At least this now means that Joe Hart will not be signing.