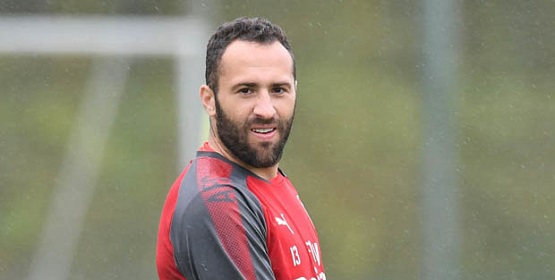 Arsenal guilty of doing another piece of bad transfer business

You have to wonder if Arsenal will ever learn from past mistakes when it comes to doing transfer deals because on the evidence so far the answer is no.

Arsenal has agreed to sell David Ospina to Napoli for £3.5 Million after the Italians triggered a clause in the loan agreement between the clubs, though some outlets are reporting a fee of £4 Million

That is terrible business, he is worth a load more than that.

We are talking about a keeper that has been playing in Serie A and the Europa League this season, a player that is the number one for his county, Colombia and a keeper that is right now in his prime.

I hate to say this but if this was Tottenham or Liverpool there is no way they would accept a measly £3.5 Million for a top international keeper in his prime, no way.

Just because he was not the number one at Arsenal does not devalue him, not when he is playing in one of Europe’s elite competitions.

This sort of deal is what has undermined the club for so long now and I don’t care how desperate we are for cash. The time is now for us to start playing hardball.

Arsenal has undervalued their playing assets so often in the past that it is no wonder that we are now in a position where we have a transfer budget equivalent to some Championship clubs.