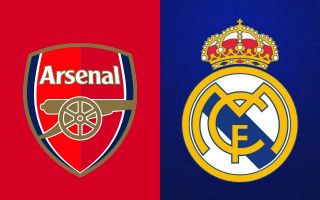 Good news for Arsenal on the Willian front.

There’s some positive transfer news emerging this morning as it’s reported that Real Madrid have turned down the chance to sign Chelsea winger and rumoured Arsenal target Willian.

According to the Daily Mirror, Real have snubbed Willian as they are reluctant to offer him a three-year deal to move to the Bernabeu.

On top of that, the report suggests the preference for the Brazil international is to remain in the Premier League, with Arsenal and Tottenham mentioned as being interested.

With Madrid out of the running, this should be good news for the Gunners in terms of getting a deal for Willian done.

Although the 31-year-old is no longer at the peak of his powers, he has remained an important player for Chelsea this season and surely still has plenty to offer at this level for a few more years.

Willian will be a free agent this summer and Arsenal could do well to avoid splashing the cash on new signings given the likely economic impact of the coronavirus crisis.

With Nicolas Pepe struggling since his big move last summer, Willian would surely be a useful option to strengthen Mikel Arteta’s attack.