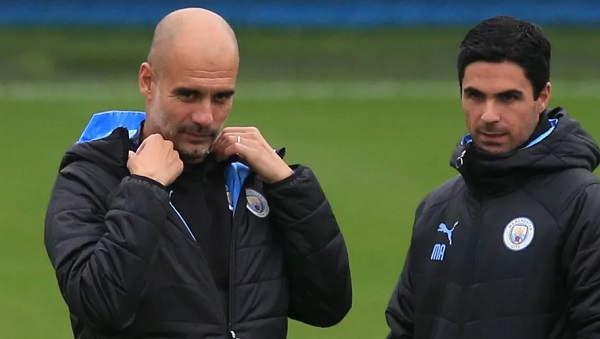 Arsenal must put in a near perfect performance against Man City on Wednesday evening.

When Arsenal take to the field against Manchester City on Wednesday, Mikel Arteta’s men have to be prepared to give it everything they have got.

While the game will not be their last game of the season, it would be one of the most important matches that they will play at this end of the season.

Manchester United showed this past weekend that Man City is there for the taking and the lads have to be prepared to inflict more pain on Pep Guardiola’s side.

Beating City should be on the players’ mind and they have to be able to match that with their performance against the Champions.

This is because a win for them would mean many different positive things for them as a team. A win would take Arsenal above Tottenham and get them level on points with 6th placed Wolves. A win would also give them the needed confidence boost for their remaining games of the season, most notably their home game against would-be Premier League champions, Liverpool.

It promises to be a hard day at the office for Arteta and his men, but if they leave everything on the pitch, they can leave the Etihad with their heads held high regardless of the outcome of the game.