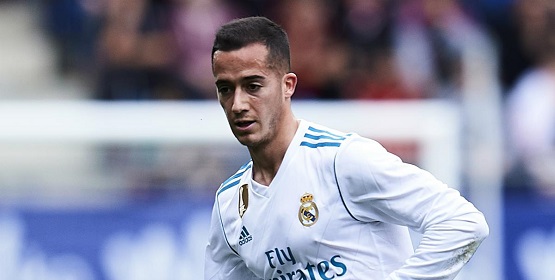 It is being reported in Spain that Arsenal has tabled a bid for Real Madrid winger Lucas Vazquez. Roma and Bayer Leverkusen are also said to be interested in the 28-year-old.

Spain’s El Desmarque is the media outlet that broke this news which has since been more widely reported.

Vasquez has always been a squad player at the Bernabeu and never a true starter. It now appears a change of scenery is on the cards. That said, I am not sure he is a good fit for Arsenal.

It is almost certain he would not be an automatic starter at Arsenal. There is no guarantee he will see more regular football at the Emirates. The one area that Arsenal does not need to strengthen is the forward line.

Vasquez is hardly young in football terms and Arsenal is looking at younger players in the transfer market.

Something else to consider is the comments from Arsenal head of football Vinai Venkatesham, who told us all not to expect too much transfer activity in January. Kind of strange that just a couple of weeks later Arsenal put in a transfer bid.

I am not saying that this particular piece of speculation is fake news but I am saying it makes no sense.