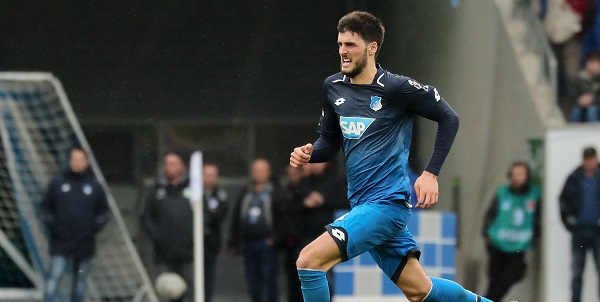 Arsenal in battle with three other teams for Austrian midfielder

Arsenal is one of four teams that have been linked with a move for Hoffenheim’s Florian Grillitsch.

The Austrian has been in fine form since he joined Hoffenheim and he has continued to impress for them this season.

He has been on Arsenal’s radar from the summer of 2018 according to Sun Sport citing German media outlet Bild and the Gunners have continued to get impressive reports above him.

The report claims that the player is braced for a move away from Germany at the end of this season and Arsenal is one of the top teams looking to sign him.

The Gunners face tough competition from Newcastle, Southampton and Inter Milan for his signature.

The report also claims that the Italians have an easier route to signing him as he can join them for less than £17 million, while he would only join an English side that can cough up more than £20 million for his signature.

The reason for this is that his contract has a clause in it that demands that English clubs pay the higher fee.

He has scored one goal and provided three assists for them this season and at the age of 24, he still has a lot of room for improvement.

Newcastle and Southampton are reportedly the teams with the strongest interest in the Austrian, however, Arsenal has kept a close eye on him and he could yet make a move to the Emirates.