Arsenal in hot water over new substitution rules – Could be disqualified? 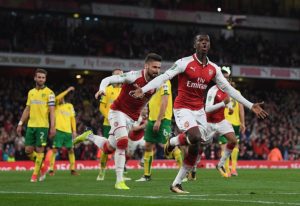 Arsene Wenger used two players off the bench during the extra time period, whereas the new rule seems to be a little ambiguous. Carabao Cup Rule 10 states: “Each team is permitted up to seven substitutes of whom not more than three may take part in the match.

“Where any match goes to extra-time each club will be permitted to use an additional sub (in extra-time only).”

So the argument is to whether you can still use all four, even if only two are used during the original 90 minutes. Wenger is adamant that he has kept to the rules, but the Norwich boss Daniel Farke seems a little confused: “I think the rule has changed but it is complicated.” he said.

I certainly hope that it is not going to have to be replayed again. I don’t think I could handle all that stress again!