The Premier League’s return has suffered a fresh setback after the Mayor of London declared that it was too early for the competition to restart in the city.

The Premier League has been suspended since March and the competition has just been given the go-ahead to resume from the start of next month.

The Premier League is targeting a return in the middle of next month, however, there have been several against the plan and the latest is coming from the Mayor of London.

Chelsea, Tottenham, and Arsenal are the three major clubs in London and if the Premier League is to return with teams playing on neutral grounds, at least two of the neutral venues would be in London, so the stance of Sadiq Khan could play an important role.

A spokesman for the mayor related the stance of the mayor in a statement, he said, as quoted in the Sun:

“Sadiq is extremely keen for the Premier League and professional sport in general to resume.

“However, with the country still in the grips of this crisis, and hundreds of people dying every day, he believes that it is too early to be discussing the resumption of the Premier League and top-flight sport in the capital.

“As a Liverpool fan, Sadiq, of course, wants the Premier League to return, but it can only happen when it is safe to do so, and it cannot place any extra burden on the NHS and emergency services.”

Having already gotten the go-ahead from the Prime Minister, the Premier League could still find a way for its London teams to participate in the restart. 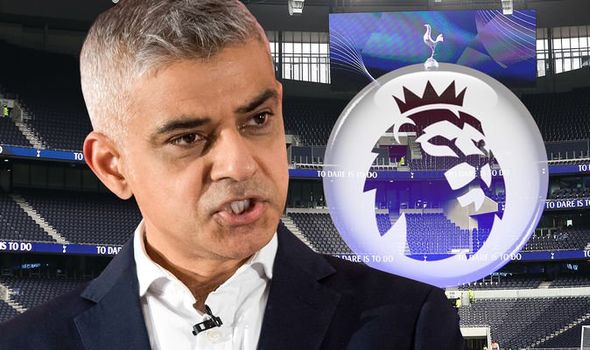