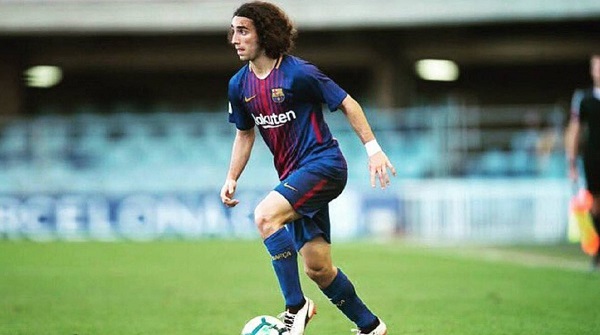 Arsenal linked with a move for Barcelona’s Marc Cucurella.

Arsenal has been linked with a move for Barcelona’s Marc Cucurella after his fine form at on-loan club, Getafe.

The 21 years old came through the rank at La Masia and was sent on-loan to further his development last summer.

He has been in good form for high-flying Getafe this season and he has made over 20 appearances for the impressive Spanish side.

His loan switch to Getafe includes the option of the team buying 60 per cent of his signature for £16 million and it seems that they may take up the option.

Cucurella has been linked with a move to the Premier League before, he was touted to move to Manchester City in 2017, and Sport Witness reckons that Mikel Arteta, who was assistant manager of City at the time, would want to bring him to the Emirates.

The report further claims that the Gunners would have to pay up to £25 million for the Spaniard should they pursue a move for him.

Arteta has had to make Bukayo Saka his first-choice left-back for much of this year as Kieran Tierney and Sead Kolasinac continue to struggle with injuries.

The Gunners may cash in on Kolasinac at the end of this season and Cucurella could be signed to provide cover for Tierney.

I have actually watched Cucurella and he did seem a decent player, he was certainly good with his movement and passing, which is to be expected when you consider where he learned his trade.