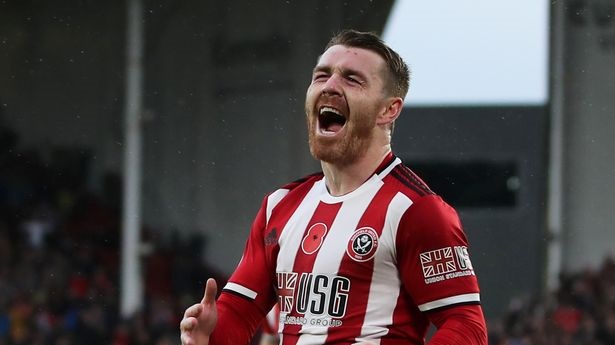 Arsenal was left impressed by Sheffield United after the Blades secured a 1-1 draw on their visit to the Emirates last weekend.

The draw helps the visitors to maintain their push for a finish in a European place but it also means that Mikel Arteta remains with just one Premier League win since he took over as Arsenal’s manager.

Their performance as a team was impressive but one player who caught the eye was former Rangers midfielder, John Fleck.

The Scotsman impressed in midfield and scored the Blades’ equalizing goal and Arteta was reportedly impressed.

Star Sports claims that the Spaniard was so impressed that he inquired about the player’s transfer fee.

The Blades who have had the midfielder since they were in league one have apparently told the Gunners that Fleck would cost £20 million.

Fleck is contracted to the Premier League newcomers until 2021 but if he continues to be this impressive, the Blades are bound to lose him when the transfer window opens next July.

The same report claims that Arsenal will not spend as much as £20 million in this transfer window, but they will keep their eyes out on Fleck’s progress with a view to signing him next summer.

Fleck has been very good this season but his style of play suits Chris Wilder’s side, I am not sure it would do so for Arsenal.

Another factor is that Fleck is 28, would Arteta be wanting to sign a player that has had one season at the highest level who is unlikely to have a great resale value and is unlikely to improve much beyond his current standard?