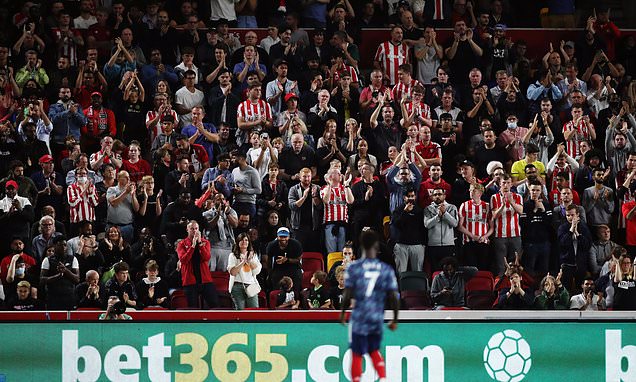 Chris Wheatley has claimed that he is expecting Arsenal to enter into contract talks with Bukayo Saka ‘soon’.

The young winger has been a shining light of excitement, enthusiasm and all-round amazement since breaking into the first-team in an emphatic fashion, and is showing no signs of cracking.

Despite only reaching his 20th birthday recently, he is already a regular and a fans favourite in the England squad, and has already picked up a Arsenal Player of the Year award, proving to be one of our most important players.

Chris Wheatley recently took part in a Q&A on Monday, and was asked if he knew of any updates on Bukayo Saka with just two years remaining on his current deal, and he replied(as stated at Football.London): “No real concerns from Arsenal about Saka’s situation. The player is happy at Arsenal and I’d expect talks to be opened on a new deal soon.”

You have to take into account that the length of contract actually remaining is actually two years and 10 months, so describe it simply as ‘two years’ is quite an under-exaggeration, and there is no need for such alarm bells on that front.

Chris’s other comments on other subjects are more vague, which make it difficult to understand whether he is aware that there are already intentions to enter into contract talks or whether he is making an assumption, but I for one am certainly not worried about this situation at present.