Arsenal is keen on making Emerson Royal the replacement for Hector Bellerin in the summer.

Bellerin is reportedly leaving the Emirates after a decade as he looks for a new challenge.

The Spaniard is no longer an undisputed starter under Mikel Arteta and he has interest from the likes of Barcelona and PSG.

The Gunners will cash in on him if the right offer arrives with the 26-year-old already entering the final two years of his current deal.

Emerson has been chosen as the man to replace him.

The Brazilian has spent the last two seasons at Real Betis who co-owns him with Barcelona.

He would start preseason preparations with Barca this summer and Sports says he hopes to impress the Catalans enough to retain him.

However, if they decided to stick with Sergino Dest as the first choice, then he would ask to leave them.

He has interest from Spanish teams, but the report says he has an eye on the Premier League and he would accept an offer from a team in the competition before anyone else.

But Arsenal isn’t the only Premier League team looking to sign him with the report claiming that Everton also has a strong interest in his signature. 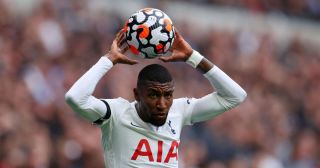