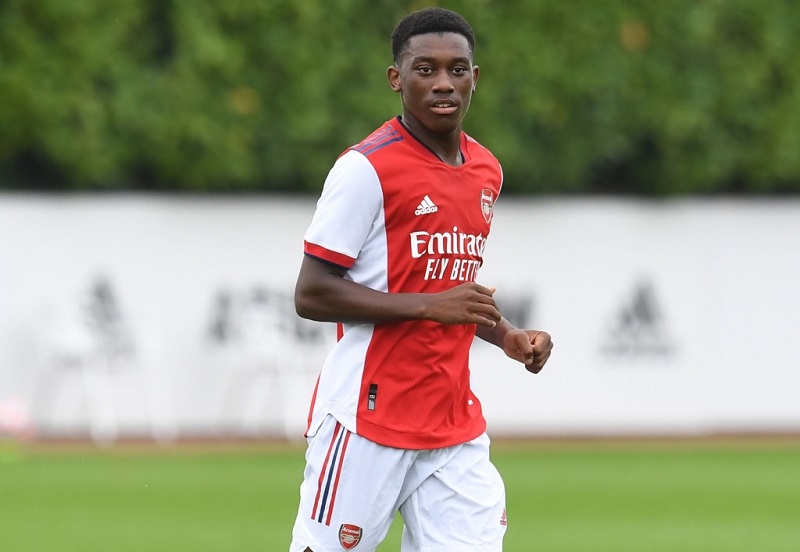 Arsenal is fighting not to lose talented youngster

Arsenal continues to be the ideal club for youngsters who hope to progress to the first team of a Premier League giant.

Although the Gunners have spent money on some impressive recruits recently, their first team has a number of players the club has groomed

They convinced Folarin Balogun to sign a professional contract with them last season, but they could lose another top youth team talent.

The Daily Mail says the Gunners are struggling to get teenage strike talent, Khayon Edwards, to sign a professional contract with them.

The 18-year-old is in the last year of his current scholarship at the club and has been offered a new deal.

He is yet to put pen to paper on it and there are clubs ready to sign him if he leaves the Gunners.

With 14 goals and 6 assists from 13 matches, it is easy to see why Arsenal wants to keep him, but his lack of commitment is also encouraging the likes of Chelsea and clubs around Europe to target him.

Convincing Edwards to stay has looked harder than we would have imagined, but it remains the best thing to do.

His goal record at youth level shows he has the talent and we might be talking about one of the future goal machines in the Premier League.

However, he may have already decided to leave, considering that several players are ahead of him in the pecking order at the Emirates.