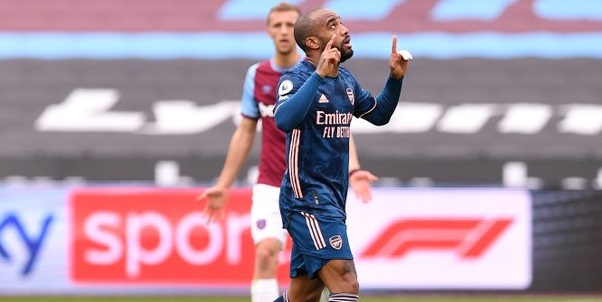 Arsenal came from 3 goals down to pick up a point in their match against West Ham today.

The Hammers had raced into their three-goal lead in the first half and it looked like it would be another sorry day for the Arsenal players.

They had narrowly qualified for the quarter-finals of the Europa League in midweek and their fans would have feared the worse when they went three down.

They managed to haul themselves back in the game after two own goals from West Ham before Alexandre Lacazette scored the equaliser from a Nicolas Pepe cross.

It was a bumpy ride of a performance from Mikel Arteta’s side and fans are divided on if they should celebrate the draw or be angry because it was West Ham that almost beat them.

BR Football tweeted about the game with a timeline of how the goals went in and fans reacted in the comments. Here are some:

Small club are going to think their good now🤦🏿‍♂️

For only this match, every west ham players shouldn’t be payed their salary for the next one month 😂😂

west ham did a spurs