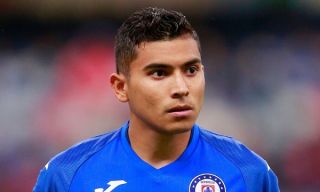 Arsenal has been linked with a move for Cruz Azul winger, Orbelin Pineda as he continues to impress in Mexico’s Liga MX, 90 Mins claims.

He has been attracting the attention of top European sides for a long time now and the report claims that he rejected a move to Manchester City in 2016 before moving from Guadalajara to his current team.

The winger has remained one of the best players in the Mexican top flight and his fine form for Azul has kept him in the thinking of teams like Arsenal.

The report claims that the Gunners are not the only Premier League team looking to sign him because, Tottenham, Wolves, Everton, Southampton, Newcastle and West Ham have all been following the Mexico international.

Ajax, PSV Eindhoven, Porto and Monaco are also other teams that are tracking the 24-year-old.

Having spurned the advances of City a few years back, 90mins claims that he is now ready to make the move to Europe.

He has long been considered an exciting talent that would end up in European football and the report says that with his contract expiring next year, he is looking to explore the continent.