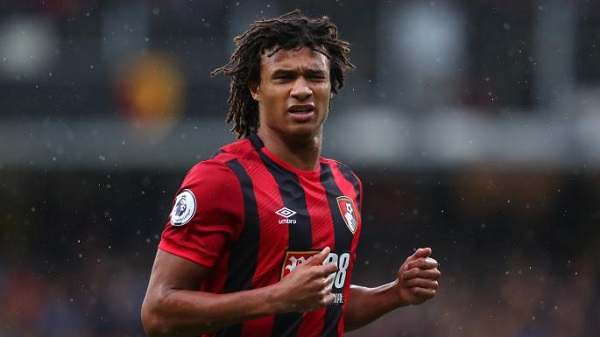 Arsenal has become the latest side to be interested in Bournemouth’s Nathan Ake.

The Cherries are struggling this season but Ake remains one of their best players and this month might just be his last month at the Vitality Stadium, according to the Telegraph.

Ake’s form for the Cherries has seen him attract the attention of top English sides like Chelsea and Arsenal.

The Blues have a buy-back clause and will believe they have first option to re-sign the Dutchman.

However, Arsenal will be feeling they can land the Dutchman ahead of Chelsea as the Blues are looking to strengthen other areas of their team.

Nathan Ake would cost Chelsea £40 million if they exercise their option but the Cherries would prefer to sell him to other suitors as they could net as much as £50 million.

Arsenal’s desire to land a new defender has become even more important as they have just lost Calum Chambers to a long term injury.

Mikel Arteta has admitted that his plans have changed with that new injury so it would be interesting to see if Arsenal will go all out for the 24-year-old.

The Gunners are also interested in signing Dayot Upamecano but Ake’s Premier League experience makes him a great candidate.

Given a preference, I would always prefer the cub to sign players with Premier League experience and Ake certainly fits that criteria. The bottom line is there is no time to be bedding new players in right now, look how much of the season has been lost with the summer signings. Arsenal really should be signing someone that can hit the ground running.