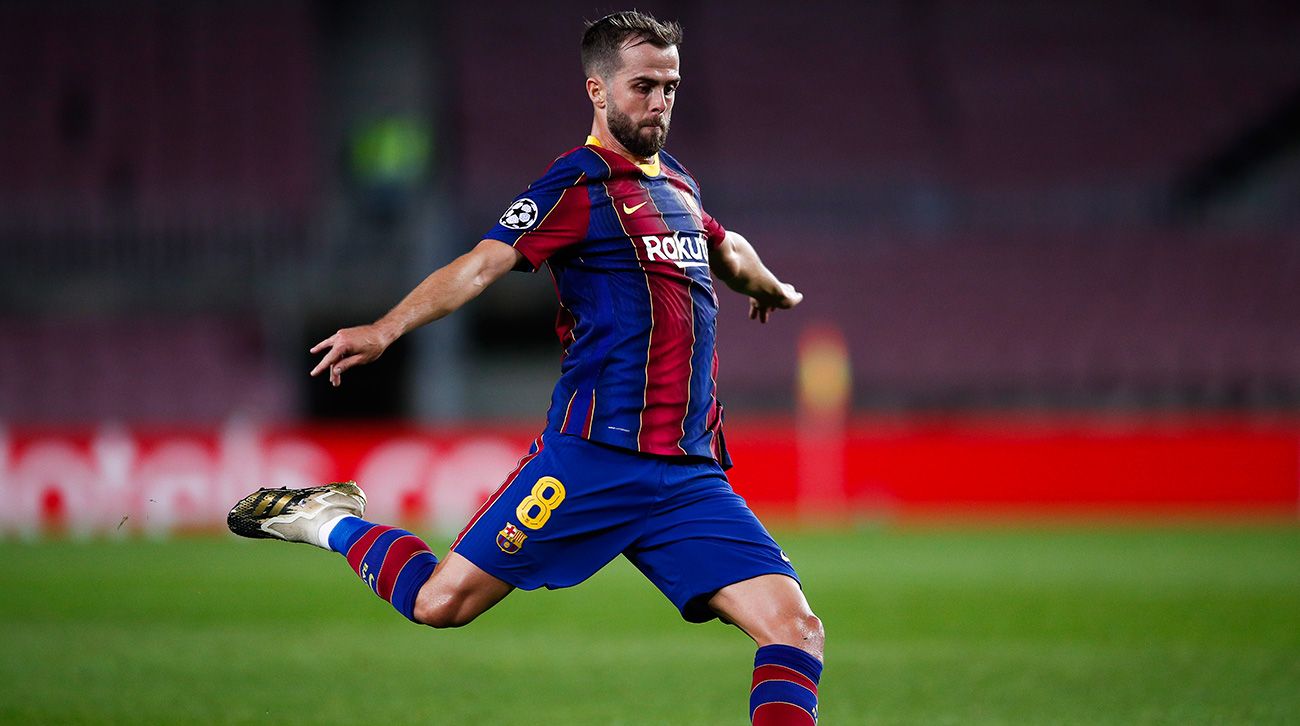 Arsenal are claimed to have joined both Chelsea and Tottenham in the race to sign Miralem Pjanic from Barcelona.

The midfielder only moved to the Nou Camp 12 months ago, but manager Ronald Koeman has not favoured Pjanic in a first-team capacity despite Barca paying a large fee for his signature.

The Bosnian was a regular for the Old Lady, before being used in somewhat of a swap deal including Arthur, who has since gone on to become a useful squad member in Turin.

After very few starts this term, Pjanic is now claimed to be keen to quit the club this summer, and with the Catalan club eager to trim their wage budget, an exit shouldn’t be too difficult to achieve.

Chelsea and Spurs had already been credited with an interest, but Sport(via SportWitness) now claims that Arsenal have entered the race for his signature also, but only if there is no fee to pay to Barcelona.

The report claims that he will be allowed to leave on loan this summer in order to reduce their outgoings, but should Pjanic receive a lot of interest, you can imagine that Koeman’s side would look to milk anything they could get out of the deal.

Would Pjanic bring some much-needed experience to our first-team squad?