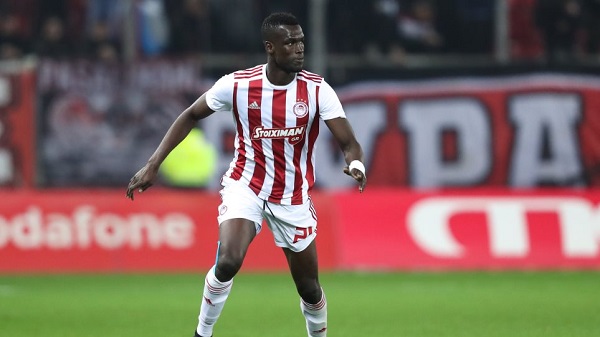 Arsenal is reportedly set to rival Wolves for the signature of Ousseynou Ba from Olympiacos.

The defender has been a standout player for the Greek side this season and his performances have attracted the attention of several top European sides.

He only joined the Greek club in the summer but he has been hugely important in a season that has seen them compete in the Champions League and also eliminate Arsenal from the Europa League to reach the last 16.

He is one of several defenders that the Gunners are considering ahead of the summer transfer window, but they will face stiff competition for the 24-year-old, according to Greek media outlet Sports DNA.

The report claims that the Gunners will have to battle it out with fellow Premier League side, Wolves for his signature.

Wolves have been one of the most improved Premier League sides this season and the Nuno Espirito Santo side represents serious competition.

Mikel Arteta has several defenders on his team at the moment, but Arsenal fans expect him to get rid of some of his options in that position and also to make new signings.

The Spaniard is set to welcome William Saliba from his loan stint in France and the Gunners have the option of making Pablo Mari’s loan deal a permanent transfer.