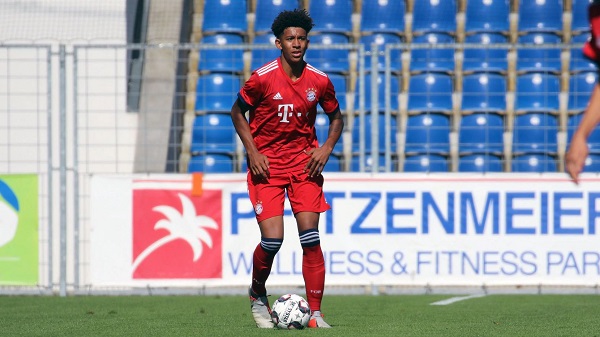 Arsenal and Chelsea are both looking at the possibility of stealing one of Bayern Munich’s top youngsters.

The Premier League pair have built a reputation for developing youngsters and the next youngster that they are targeting is Bayern’s, Chris Richards.

The American joined the Germans from the MLS for £1 million last year and has yet to break into their first team.

He reportedly has been starring for their youth teams and both Arsenal and Chelsea have been sending scouts to watch him regularly.

The 20-year-old stands 6”2 tall, is naturally a centre back, but he is also adept at playing as a right-back as well.

Mirror Sports claims that despite starring for Bayern’s youth sides he has still failed to feature for their first team which indicates that there might be issues.

The report further claims that Arsenal and Chelsea are looking to take advantage and bring him to England.

The two English sides are not the only teams linked with a move for him with Barcelona and Valencia also interested in signing the young man.

Mikel Arteta will be hoping that having given chances to the likes of Bukayo Saka and Gabriel Martinelli this season, he would be able to convince the youngster to make the move to the Emirates instead.