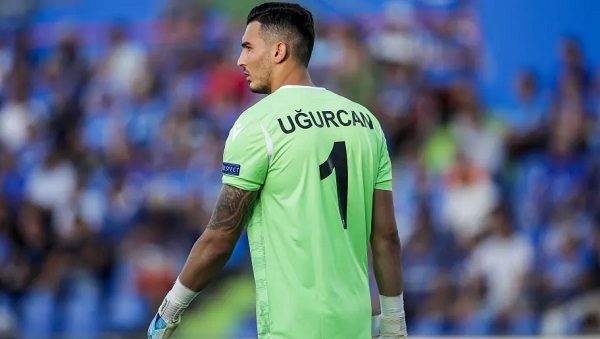 Arsenal is reportedly one of the teams fighting for the signature of Trabzonspor goalkeeper, Ugurcan Cakir.

The 23-year-old shot-stopper has been in stunning form for his Turkish team and his fine form is one of the reasons that they are currently top of the Turkish league table.

He has been linked with moves to a host of other Premier League sides including Liverpool and Leicester City in the past and if he maintains his form at the resumption of the Turkish league, he could land a move to the Premier League.

A report from Turkey via Karadeniz Gazete, however, is claiming that Tottenham is winning the race for the shot-stopper after making two offers for his signature.

The report claims that the Lilywhites made a 20 million Euros bid for the goalie and it was turned down by the Turkish side, but they have improved their offer to 28 million Euros which seems good enough to secure his signature.

Mikel Arteta is looking to rebuild his Arsenal side and the goalkeeping department is one area that Arsenal seems to be lacking decent cover.

Bernd Leno is one of the best goalkeepers in the Premier League, but the German doesn’t have the best back up.

Emiliano Martinez is the current second choice, however, his future at the Emirates is far from certain if these latest reports are true.