The kids are alright hey? by Konstantin Mitov

Xhaka, Laca, Saka, Boom! It’s a Christmas miracle lovely Arsenal fans, we won a game of football! We caught Chelsea by surprise, could’ve easily spanked them 5 – 0, but instead it went to a nervy end in typical Arsenal fashion, but oh my good it feels good to win a game I will tell you that.

Luck struck with us, because we didn’t have Willian in the squad and we put a brave young attack and it felt different. We suddenly had energy, desire and a high press.

We attacked Chelsea in their own half, put them under pressure and forced mistakes. We had a chance in the very beginning of the game which set the tone.

Our first goal came in typical fashion from a Tierney run on the left, some skill in the box and a penalty which Laca slotted away. Then later in the half Xhaka slotted perfectly a free kick and we got a 2-0 lead at half time for the first time this season!

And it wasn’t only him, we were actually competitive for the first and second balls and that matters. We showed fight and pride of wearing the shirt and that’s all we’ve asked for.

In the second half, we dropped back a little, but when the chance came Saka made a shot or a cross or whatever it was that lobbed Mendy and went into the top corner. This was the first time I went up to scream in joy, not horror.

We should’ve made it 4 when Laca was gifted the ball by their keeper or when a scramble in front of their goal let to an Elneny shot that rocked the crossbar, but we were unlucky.

Then we allowed a Chelsea goal by letting James in way too easy to make a cross and unfortunately Abraham was on to score. Then we gave away a penalty…

Luckily Leno made a great save and we took home 3 massive points in a time of dire need. Apart from the dip in the end we actually managed to reduce Chelsea to no shots on target until minute 70! 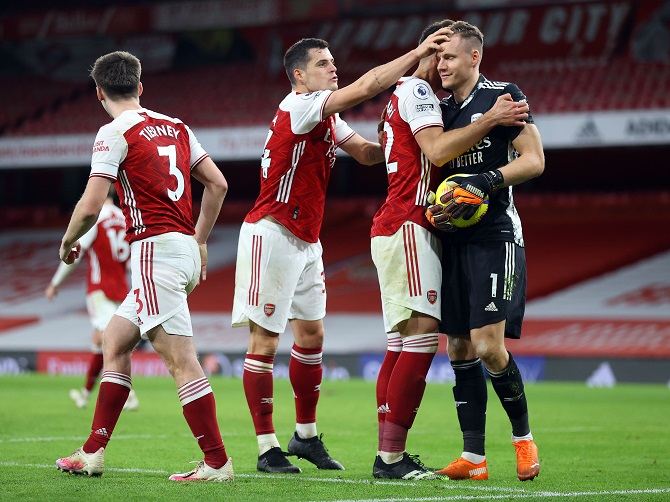 Arsenal’s German goalkeeper Bernd Leno (R) is congratulated after saving a penalty from Chelsea’s Italian midfielder Jorginho (unseen) during the English Premier League football match between Arsenal and Chelsea at the Emirates Stadium in London on December 26, 2020. (Photo by Julian Finney / POOL / AFP) /

There were a few standout performances, especially the kids. Bukayo was easily man of the match. We all know of his attacking talents, but puting him in front of Bellerin actually helped the spaniard, because he got protection and didn’t get so exposed, which was just as important.

Martinelli gave us the energy and the pace to stretch Chelsea which made them more carefull. He was superb and should’ve scored to make it a perfect night!

Emile Smith-Rowe was the silent maestro that helped everything tick. He was distributing balls to the flanks and running in to create space. It was exactly what you expect from the number 10 role.

To finish off the attacking performance was Lacazette who was superb. His hold up play combined with the energy around him allowed us to stretch Chelsea. He really should’ve scored a second, but apart from that he was the mature head around the youth and it worked.

Kieran Tierney was also sublime again, at both ends of the pitch. The defense should also get a mention as Pablo Mari and Holding managed well most of the game, reducing Chelsea to only 3 shots on target, all in the last 20 minutes.

And then there was Xhaka. This performance was the complete opposite of the madness he did in his last game when he was sent off. But we shouldn’t get carried away.

I’ve seen this before, where we’ve nicked performances out of nowhere and then followed it with nothing. Remember we won at Old Trafford and thought a corner was turned, and we all saw what happened afterwards. This win lifts us to 14th in the table.

There are a few things to take away though. We dropped Willian who’s been utterly shocking and it immediately showed on the pitch. We shouldn’t play anyone because he cost us this or that much or because he’s somebody’s pal.

We left 100+ million pounds of attacking force in Pepe and Auba to play academy players, and they showed more fight and desire. You’d have to question why we are paying those players so much and I really hope this win will give them a kick up the backside to pick it up.

This win doesn’t mean anything if we don’t make the most of our relatively “easy” 5 games coming up. It’s obvious we won’t make most probably even a top 6 finish, but this doesn’t mean the league games can be just wasted and we can stroll in them. We know we need to invest in the side and the rumours are we will do business in January. It makes zero sense, even for Arsenal standards, to back Arteta through this horror run we had and not spend money in the window.

Nevertheless, we showed we can beat a team that spend like 200 million pounds even now, with the kids and a new person in defense and without our top striker and our most expensive signing. Point is as bad as this squad is, we are not a bottom half team.

That’s all I’ve got for now. I’m so happy and I want to wish you a very happy Christmas to all of you fair readers of this site. 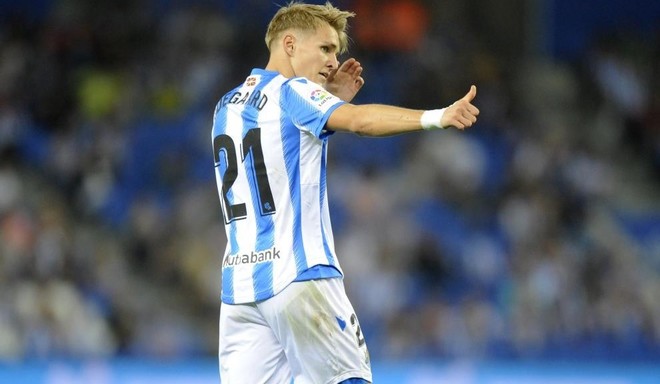