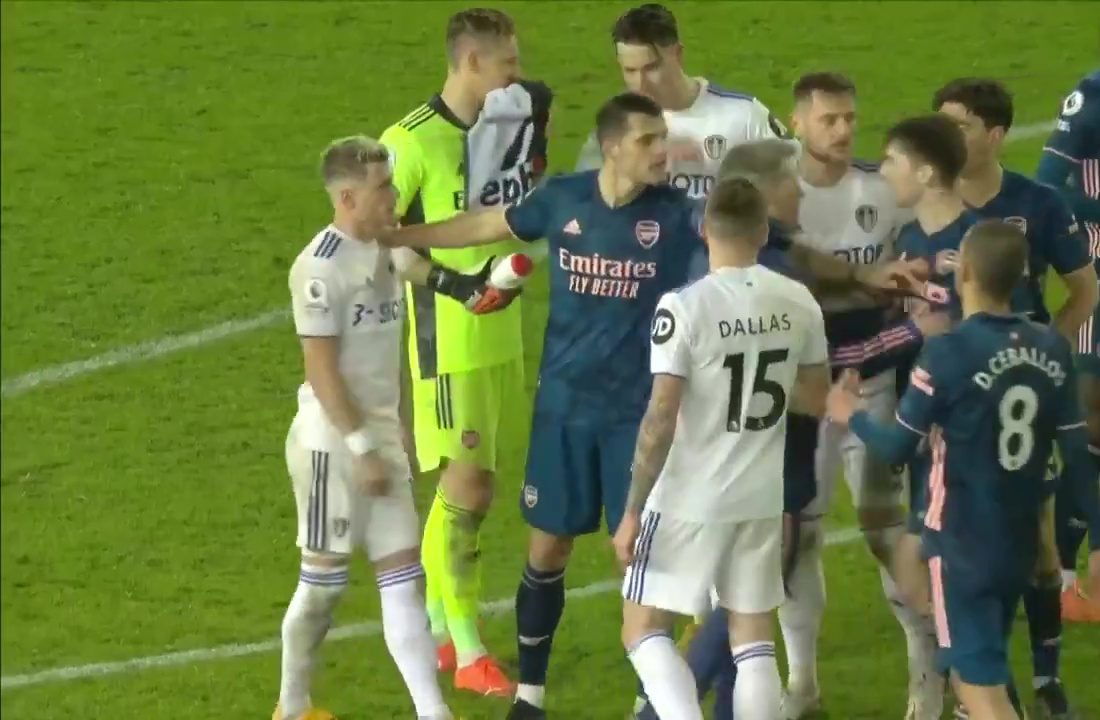 Arsenal and Leeds have both released statements this morning to vow to punish those who have viciously abused Nicolas Pepe and Ezgjan Alioski via social media.

The duo clashed during the Premier League fixture yesterday, in which both sides somehow failed to score a goal.

Almost an hour into the tie, Pepe allowed his frustrations to get the better of him, and while the referee didn’t see the incident, upon a VAR review, the Ivory Coast international was deemed to have headbutted his counterpart in an off-the-ball incident, and red carded.

Alioski has come in for abuse for the part he played, with claims that he went over too easily, and was even confronted about this at the full-time whistle by Kieran Tierney also.

Regardless of what happens on the pitch, there is no excuse for vile comments and messages to be aimed at the players, and the governing bodies need to take more action against those who refuse to behave.

Leeds official announcement on their website reads: “The vile abuse directed at Ezgjan Alioski and Nicolas Pepe on social media after yesterday’s Premier League game with Arsenal will not be tolerated by Leeds United.

We will work closely with the police and the footballing authorities to ensure those responsible are identified and punished.”

Arsenal’s official stance was very much the same, with their statement reading: “We utterly condemn the vile abuse directed at Nicolas Pepe and Ezgjan Alioski on social media following our match against Leeds United.

This is completely unacceptable and we will be working with the police and authorities to do everything we can to trace and prosecute the culprits.”

While tensions ran high on the pitch, racism has no place in the game (nor the world the world for that matter), and while some may find it difficult to control their emotions, it simply isn’t acceptable to target players for abuse.