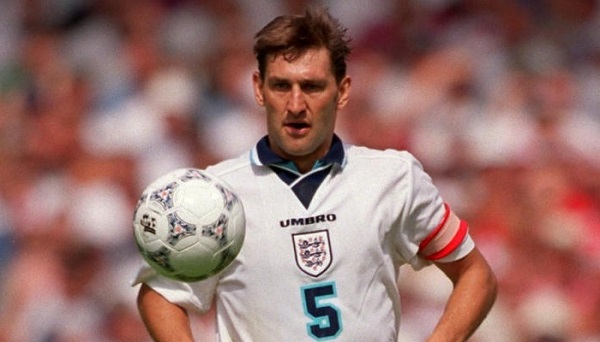 Arsenal legend Tony Adams opens up on his fight with alcoholism

Tony Adams has opened up on his struggles with alcoholism while he was still a professional player.

The former Arsenal defender was England’s captain in the lead up to Euro 96 and he has revealed how he struggled with alcoholism by visiting the bar when he was recovering from injury.

He had been injured before the competition and didn’t play for Arsenal and that downtime and frustration led him to drink.

He claimed that he just kept getting drunk during his rehab ahead of leading England out in the competition.

He revealed how he concealed his struggles from the then England manager Terry Venables and claimed that because he wasn’t an alcoholic himself it would have been difficult for Venables to detect his struggles outside the field of play.

He said as quoted by the Sun: “It was a horrific year for me emotionally and mentally off the pitch… I did my meniscus in the February, and because I kept getting drunk, the rehab was terrible.

“But yeah, I didn’t play for Arsenal at all, was going through a really difficult period personally, but clawed my way back and held onto the tournament as a saving grace.”

He added: “He’s take it or leave it, Terry, he’s not an addict, so how can he recognise it in me that I was going through a traumatic period?

“When you’re so driven, if you lose football, you ain’t got nothing! I could get drunk and I could play football. I took the drinking out of it, so then I’m left with football.

“And I was like, this is all I’ve got. This is my life today. I need this tournament, so I completely threw myself into it.”

The former Gunner would eventually lead England to one of their best showings in the competition as Germany only knocked them out at the semifinal stage via penalties.