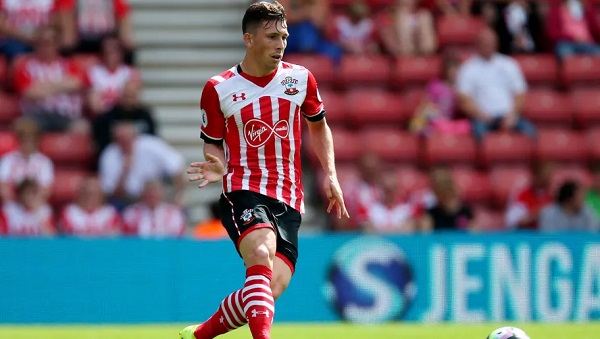 Arsenal has been linked with a late move for Southampton’s Pierre Emile Hojbjerg.

Arsenal has been busy in these last few days of this transfer window, they have completed the transfer for Pablo Mari and they are on the verge of sealing a deal for Southampton’s Cedric Soares.

Sky Sports is now claiming that Soares isn’t the only Southampton player that Arsenal is looking to sign this month.

The report claims that the Gunners are among several teams who are looking to sign the Saint’s captain Pierre Emile Hojbjerg.

Tottenham is the team with the strongest interest and the report claims that the Lilywhites have already opened talks with their counterpart on the South Coast.

Pierre Emile Hojbjerg has a deal at Southampton until the summer of 2021 and the club has opened talks over renewing his deal.

He has been integral to Southampton’s recent revival after they were beaten 9-0 by Leicester City last year.

Arsenal are well stocked in midfield however, Mikel Arteta would not want to rely on the same number of players all the time and the Danish midfielder would fit in well.

This one has come out of the left-field I will admit and if it was the likes of the Daily Star claiming this I would have been very sceptical, however, it is Sky Sports and they are at least a little bit more credible.

This also tells me that tomorrow is going to be a very interesting day as the transfer window enters deadline day.