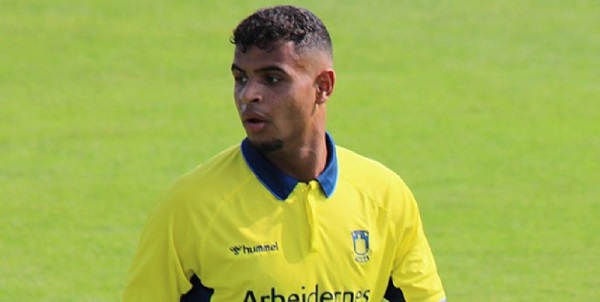 Arsenal has been linked with a move for Brondby’s Anis Ben Slimane as the 19-year-old continues to impress for the Danish side.

A report in Denmark via Sport Witness is claiming that the Gunners have established contacts with the club over signing the youngster and that the current coronavirus outbreak could help Mikel Arteta’s side get a bargain deal.

He made his senior debut earlier in the year and he has provided an assist in four league games for them so far.

Anis Ben has been valued at £5 million by his parent club, however, it is unclear if the Gunners would be willing to pay that much for the player.

The same report also claims that he has been linked with a move to Manchester United in the past with the Red Devils reportedly watching him in action a few months back.

The coronavirus outbreak has affected leagues around the world and even more importantly, it has had a serious financial impact on teams around Europe and Danish sides aren’t spared as they have to find a way to keep paying their players.

Arsenal could take advantage of Brondby’s need for more cash to sign Anis Ben for a low fee.

Mikel Arteta has given chances to several youngsters since he became the new Arsenal manager and that may have an influence on Anis Ben when it comes to choosing which side he wants to progress his career with.