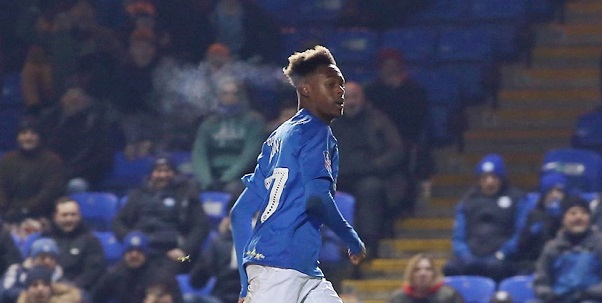 Arsenal has been named as one of four English teams looking to sign Peterborough teenage star, Ricky-Jade Jones.

The teenager has only just broken into the club’s first team, but he has been impressing for them and clubs around England have been paying attention to his progress.

His club’s Director of Football Barry Fry via Mail Sport revealed that Arsenal, Liverpool, Manchester United and Leeds are all paying attention to his development with a view of making a move for him in the future.

He has scored four goals in sixteen games for his team this season and he has recently admitted that he is flattered to be attracting the attention of the teams looking at him.

‘As a 17-year old hearing that is really nice,’ Jones told Sky Sports.

‘I’m in a good position right now and I’m enjoying football so it doesn’t distract me. It just gives me more motivation to show everyone what I can do.’

Arsenal has developed a reputation for giving chances to talented youngsters who prove they can play.

Mikel Arteta has maintained that tradition by given chances to the likes of Gabriel Martinelli and Eddie Nketiah.

This could help the Gunners to convince the teenager to join them.