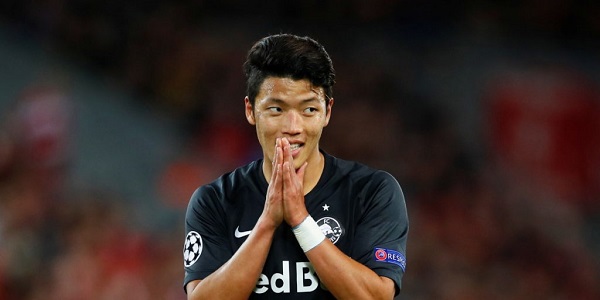 Arsenal linked with a move for exciting South Korean hitman

Arsenal is expected to be busy in the next transfer window after their poor start to the season.

The Gunners remain a long way from the top four and they have had to fire their manager this season.

Despite having not named a new permanent manager, Arsenal is expected to make some new addition to their playing staff next month, and there is one exciting name that has been added to the list.

Arsenal is reportedly targeting a move for South Korean striker, Hwang Hee-Chan. The striker is also wanted by Wolves, according to Birmingham Live.

The RB Salzburg striker came to the attention of most people when he smartly beat Virgil van Dijk and scored against Liverpool at Anfield.

He has been in fine form since he moved to Salzburg in 2015 and looks set to become the next Son Heung-min.

The 23-year-old has been fairly prolific this season having netted nine goals in 20 games for the Austrians already.

He continues to improve and there was a time in August that he scored seven times in as many matches.

Arsenal has several attacking players and it is difficult to see where he would fit in straight away. However, Hee-Chan’s ability to beat opponents and run in behind makes him the perfect replacement for either Aubameyang or Lacazette, should they leave the club.

I strongly believe that he has the potential to be as good as or even better than Tottenham’s Son. He is reportedly valued at €20-25million. That is a fee that Arsenal can afford and would, in my opinion, be money well spent.