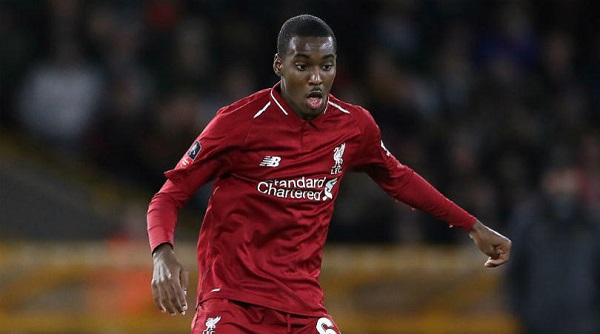 Arsenal linked with a move for former Liverpool youngster

The Portuguese youngster moved from Liverpool to Sporting Lisbon in search of more first-team opportunities a few months ago and he could be heading back to England.

Express Sport claims that several top English sides are looking to bring him back after monitoring his progress in Portugal.

He hasn’t been able to lock down a first-team spot in Lisbon but he seems to have shown enough of what he is capable of in the few games he has played.

Alongside Arsenal, Chelsea and Manchester United have also been credited with an interest in the teenager that has scored one goal this season.

Arsenal would be confident of beating others to his signature as they have developed a reputation for being one of the best teams for bringing young talent through.

They have already given opportunities to the likes of Gabriel Martinelli and Bukayo Saka this season and Camacho could be convinced that he would be afforded more playing time to develop by the Gunners.

I know very little about Camacho but there is a long history of top clubs rejecting a youngster who then ends up at another top club and turns out to be a fantastic player. Hopefully, this turns out to be the case with Camacho, providing he signs with Arsenal of course and not a rival.