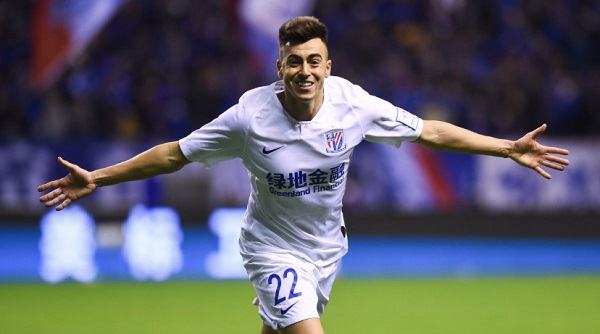 Arsenal linked with a move for former Roma ace

Gianluca Di Marzio via The Independent claims that Arsenal wants to sign former AS Roma forward, Stephan El Shaarawy as he seeks a return to Europe.

The Italian has been on the books of Shanghai Greenland Shenhua for some time now after moving to the Chinese Super League in 2019.

The 27-year-old may have missed European football and he is plotting a return through the January transfer market.

Arsenal has been strengthening their team in this transfer window as Mikel Arteta looks to take them back into the top four.

The Spaniard has added Willian to his star-studded attack, but you can never have too many quality attackers especially as the club will be competing in four competitions in this campaign.

He has also played for AC Milan and Monaco in Europe and his experience in the Champions League and Europa League for those teams will be good for the Arsenal dressing room.

With Nicolas Pepe already struggling for a place in the team due to the arrival of Willian, it remains unclear where the Italy international will fit in should he join the Gunners.