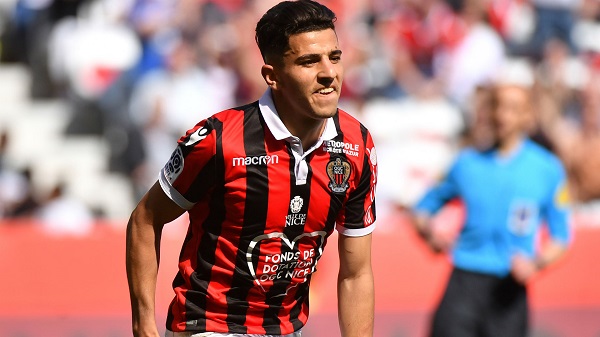 Arsenal linked with a move for impressive Ligue one defender

Nice right-back, Youcef Atal, is being linked with a move to Arsenal.

The Algerian has been the subject of interest from several top European sides this season following his continued impressive showing for the French side.

He made his debut for Patrick Viera’s side last season and has continued to improve this campaign.

Teams from Spain, Italy, and Germany have also been monitoring him, but the interest in his signature reportedly took a new twist as Arsenal and Tottenham joined the race.

90Min reckon that both North London sides are prepared to make a move for him should he become available in the next transfer window.

Arsenal has been looking for reinforcements following their poor start to the season and the 23-year-old is viewed as a potential long term replacement for Hector Bellerin.

Atal is a pacy fullback, but he is also comfortable playing further forward and would provide healthy competition for Bellerin in the short term.

Arsenal will be hoping that the team’s current form doesn’t get in the way of their move for the defender.

It has to be said that Bellerin is not the best defender out there, he is basically a runner and not much else.

Arsenal do need to make some significant changes to the defence and the right-back position may not need as much surgery as the centre of defence but it is not far off.

The big question is, will the board spend any money in the winter transfer window?

I am not that confident they will but who knows, they may surprise us.